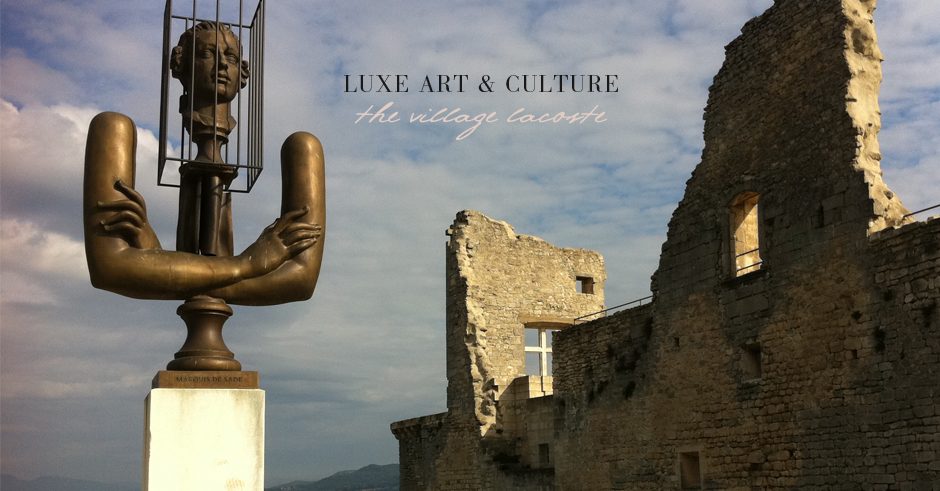 Lacoste is one of my personal favorite, picturesque villages of the Luberon. It’s full of contrasts being both incredibly still yet vibrant; pristine yet hedonistic; creative yet constrained. This old mountain village has an incredible story yet remains off the beaten path of tourists for most of the year. The village itself overlooks the village of Bonnieux, the Grand Luberon Mountains, flanked by Mont Ventoux to the north, with stunning views of the Petit Luberon and valley to the south.

The village’s architecture and cobblestone streets give the impression of a village where time has stood still. The oldest building in the town, the Maison Forte, dates back to the 9th century while the nearby Pont Julien remains one of the oldest standing examples of a working 1st century B.C. Roman bridge. 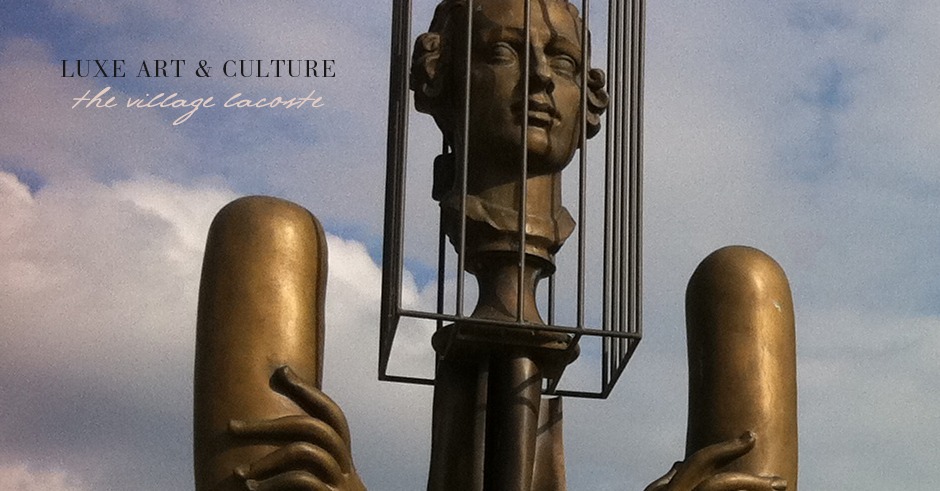 The Marquis de Sade lived in the village’s castle, Château de Lacoste in the 18th century. Following a series of incidents involving local women and the police, the Marquis fled the country but was eventually imprisoned. His castle was partially destroyed in an uprising in 1779 and was later looted and plundered by locals.

Today the château is owned by fashion designer Pierre Cardin, who for the last 15 years has held his Festival de Lacoste in the Carrières du Château. The festival draws thousands of visitors for world-class opera, theater, and music coinciding with the Festival d’Avignon each July to sold-out crowds. Pierre Cardin continues to renovate the chateau and the quarry, which serves as the stage for this massive outdoor performance. 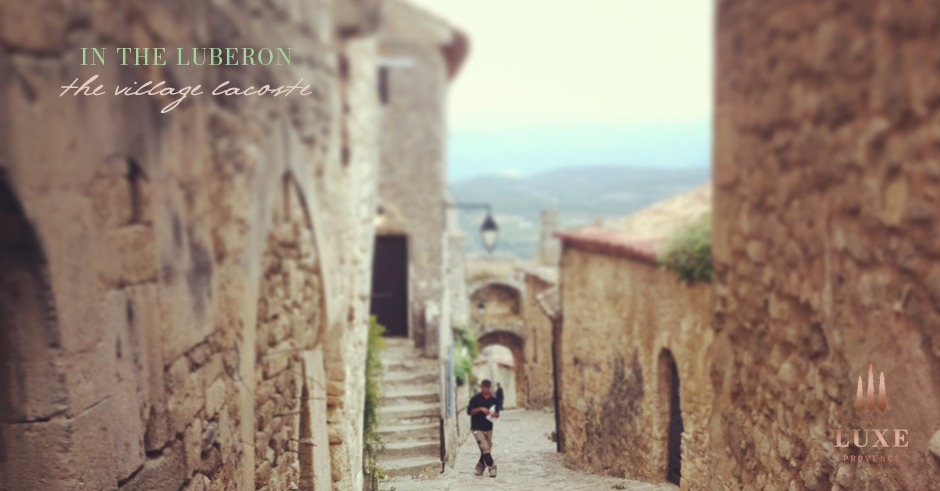 The village has a reputation as an artistic haven. What I found to be magic is the juxtaposition of the village’s pristinely kept, ancient white stone architecture, with modern sculptures and art peppered throughout the village and landscape. The Lacoste School of the Arts was founded in Lacoste in 1970 by American art professor and painter, Bernard Pfriem. Under Pfriem’s direction, notable artists came to Lacoste to teach and be inspired by the peace and tranquility of the rural environment, including Benny Andrews, Denis Brihat, Henri Cartier-Bresson, David Douglas Duncan, Nene Humphrey, Gjon Mili, and Jean-Pierre Sudre, among others. The expatriate American poet, Gustaf Sobin, often taught poetry to students at The Lacoste School of the Arts. Through Pfriem and Sobin’s leadership, the school emerged to become one of the most respected art programs in France.

Sarah Lawrence College, the Cleveland Institute of Art, and Bard College traded partnership with the school before the Savannah College of Art and Design took control in 2002. Today the Savannah College of Art and Design hosts four quarters of classes for art students and professors from all corners of the globe, studying fine arts, writing, architecture, design, fashion, film, photography, sculpture, and theater, to name a few of the subjects. What a dream place to study and practice art, or simply wander into for tranquility on fall day. Always an inspiring escape.

Gorgeous Recipes from Drizzle and Dip

Dreaming of spring days tending to the garden toda

So exciting to see @jamiebeck.co featured in @goop

“Life tried to crush her, but only succeeded in

Last chance! Just a few sizes left of our beautifu

Louise keeping snuggly in our Iris Jacket… on sa

Working on a new edited version of our classic str

Off Duty… enjoy your Sunday ✨ #sundayvibes #

South of France style… Our Inés Dress in clas

I know it’s only early January but we’re alrea

One of our bestselling pieces this year… our Aud