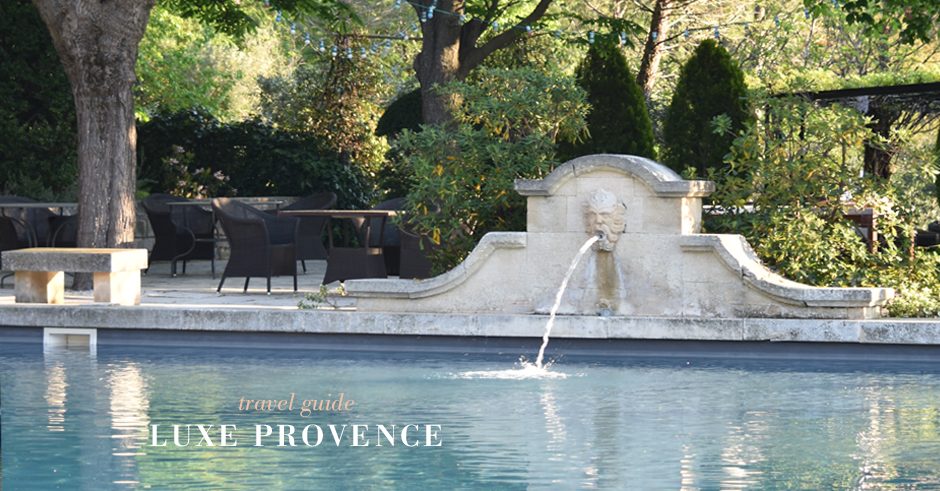 It at all started in 1945, when Raymond Thuilier purchased an abandoned and relatively, isolated provençal mas tucked into the protected hillside called the Baumanière. At the time, this area of Provence was considered “Le Val d’Enfer” or the valley of hell, due to the rugged shape of the surrounding limestone rocks and difficult to access location. 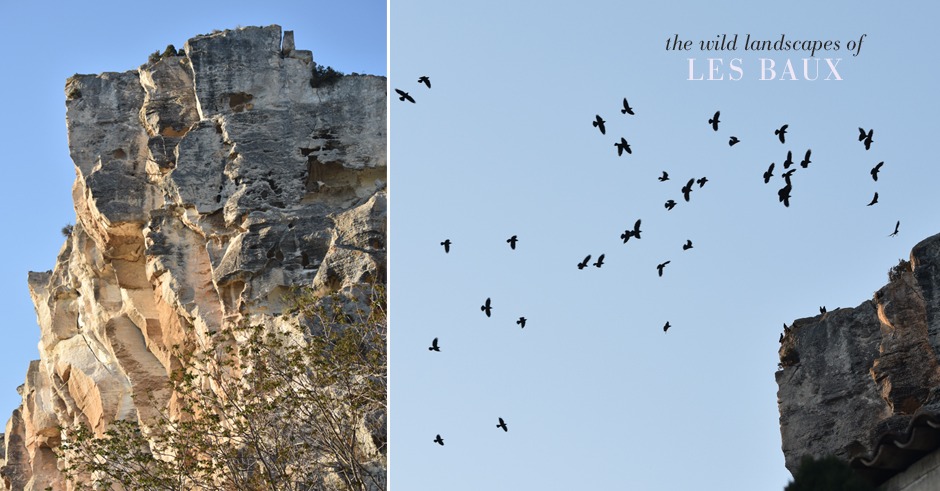 Raymond was taken with the majestic property setting at the foot of the fortified hilltop village of Les Baux de Provence (read more about the region in our wine travel guide here) years prior, and set out with the mission to carve out a gastronomic inn and haven of peace in this dramatic setting. 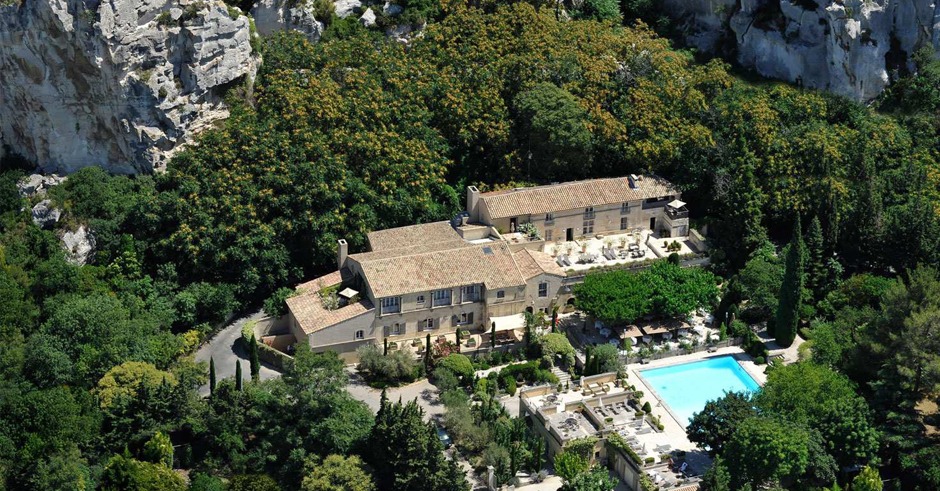 As it turns out, it was a visionary idea. The L’Oustau de Baumanière became the first Relais & Chateaux property achieving a coveted 5-star status with its luxury hotel and 3-star Michelin cuisine. Raymond’s grandson, Jean-André Charial, a young 24-year old rising Michelin starred chef in his own right, decided to join in the family business. The two worked together hand-in-hand to perfect their legendary gastronomic cuisine for over 15 years. Today, Jean-André and his wife Geneviève, continue the family tradition of running the property and are constantly refining the gastronomy of their two restaurants, the hotel design, activities and spa experience bringing over 75 years of heritage and passion for the site. The original mas has since expanded to include five traditional Provence-style buildings with 54 bedrooms, and prestige luxury suites. 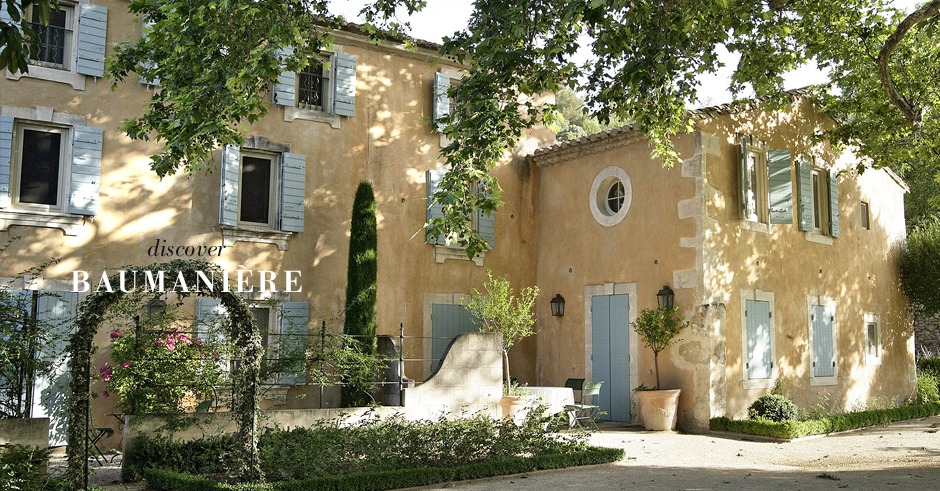 You can still feel a sense of history and air of secret refuge as your gently pull into the valley and first discover the property’s magnificent surroundings. This mythical place is where many French and international royalty have retreated to and celebrated their milestone events for over 70 years. 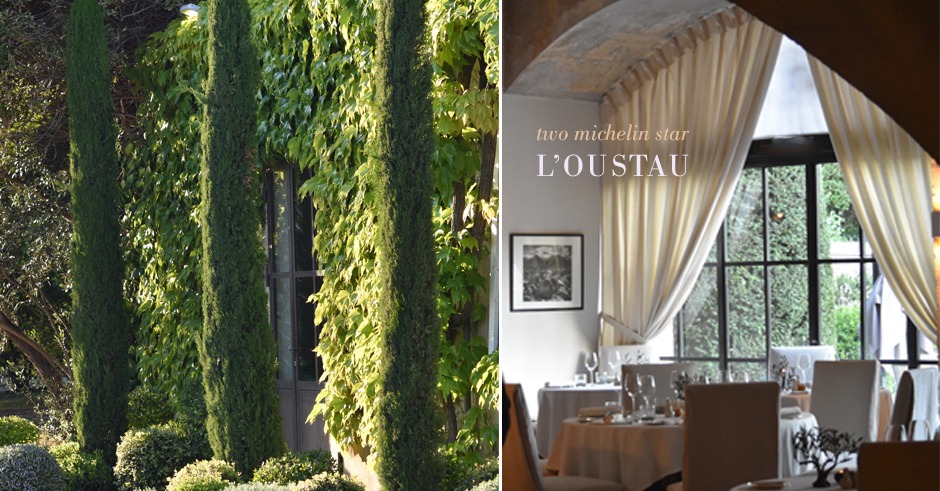 Its first rooms were inaugurated by Georges Pompidou in 1945 at a moment when France was ready to embrace and celebrate a new era after years of upheaval and trauma from World War II. This hideaway resort quickly became a preferred stop for famous writers, royals such as Queen Elizabeth, gifted painters as Picasso, and international politicians and celebrities of every kind. Jean Cocteau spent three months here in 1958; while more recently, your could bump into the likes of Johnny Depp and Vanessa Paradis. 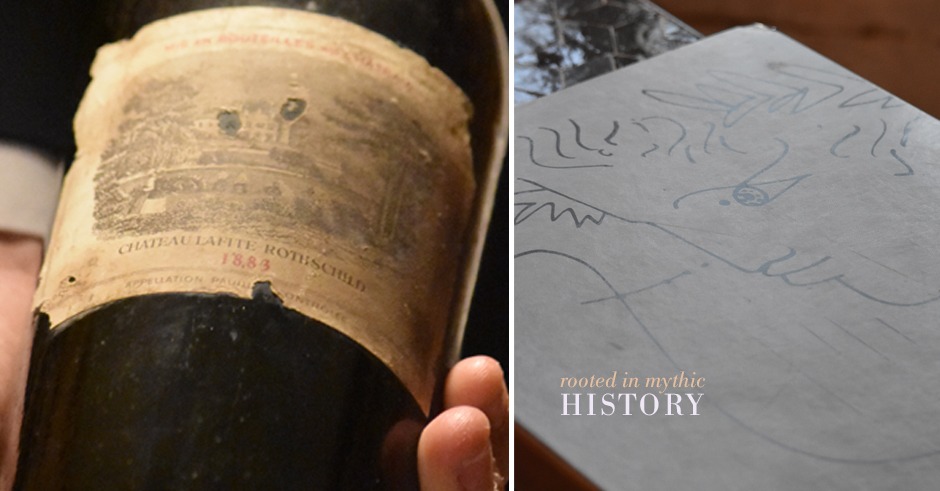 I was delighted to discover that the property also boasts France’s second largest wine cellar, or cave. The selection of French fine wines is extremely impressive, including priceless bottles dating back to 1883 from Chateau Lafite Rothschild. Sommelier, Gilles Ozzello, gave us a private cellar tour of their fine wine collection started in 1945 featuring over 60,000 bottles, which are stored in perfect temperature by the surrounding natural stone hillside in two locations.  Their selection is therefore, quite incredible and the Baumanière offers its own wine-tasting courses, or Cours d’Oenologie by reservation. 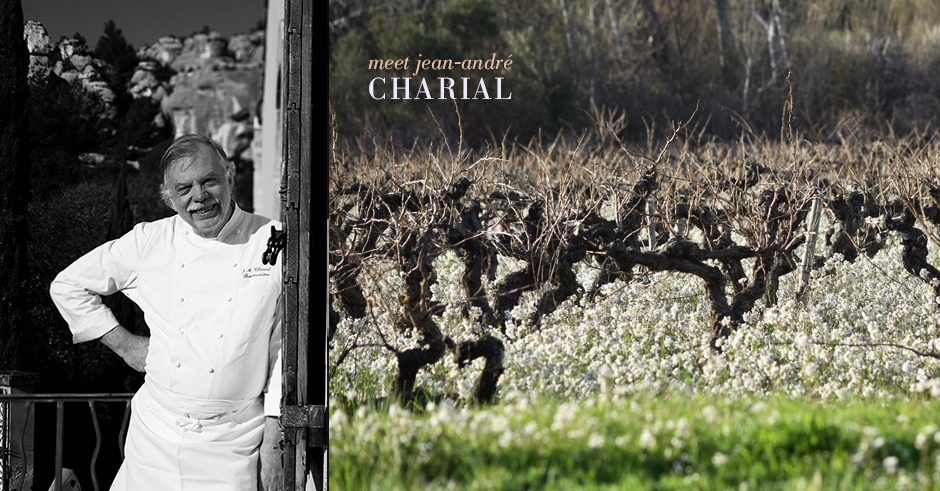 It’s worth noting, that not only is Jean-André (pictured above) a highly accomplished chef who currently presides over not one, but two, Michelin starred restaurants (L’Oustau de Baumanière and Baumanière 1850 at the Hotel le Strato Courchevel during the winter months), but was also the original winemaker at Chateau Romanin. He was an early pioneer adopting biodynamic farming methods in winemaking back in 1987.

After the death of Chateau Romanin partner, Jean-Pierre Peyraud, in 2001, Jean André suffered a disappointing loss with the change of ownership of the domaine. He went on to create his very own wine with another Les Baux de Provence AOP, Domaine de Lauzieres. He emotionally and aptly, called it l’Affectif, a truly delicious local wine available in rosé or red on-site, in which he employed the same sustainable growing methods he pioneered early on. This story of its name was inspired by conversations with his close friend and frequent hotel visitor, Georges Wolinski (the French cartoonist and Charlie Hebdo comics writer tragically killed on 7 January 2015) in which he referred to Jean-Pierre Raffarin as a “carburait a l’affectif”. Eleven years later, the ex-Prime Minister entitled his latest memoir “Je marcherai toujours a l’affectif…” and mentioned in the preface that he found that title on the terrace of the Baumanière. 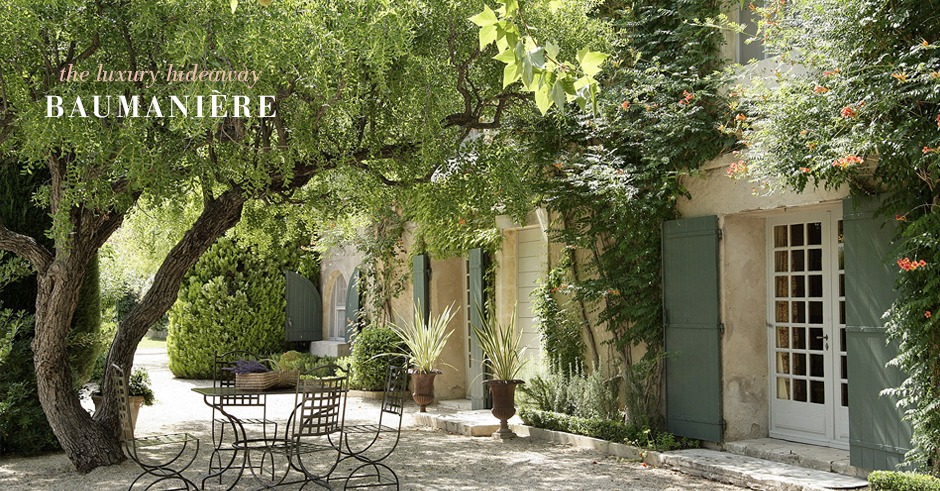 The hotel, restaurants and rooms have recently gone through numerous design upgrades, led by Geneviève (pictured below) and her interior designer daughter in-law, integrating a mix of modern amenities and high design lighting fixtures with local artisanal pieces, historic touches, and carefully selected art. I particularly appreciate the integration of local and artisanal products in their restaurant’s own ceramics and beautifully curated boutique. 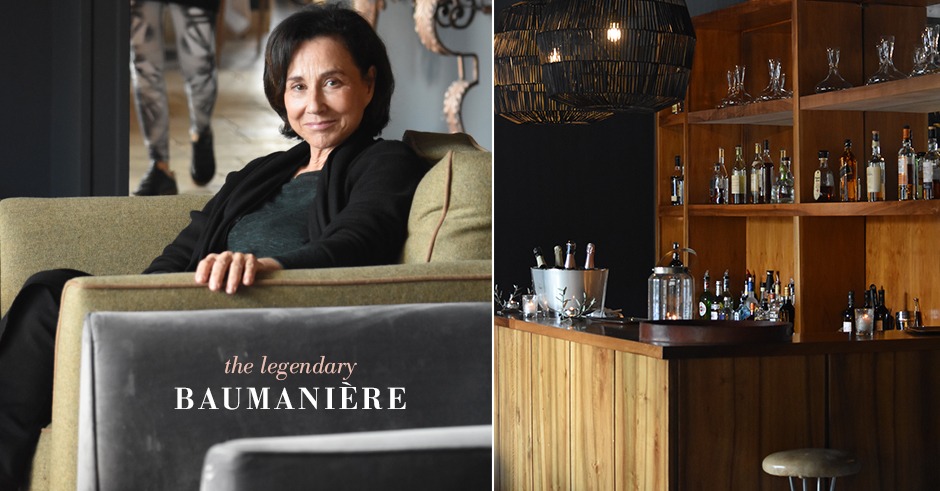 Geneviève’s role is to be the guardian of the spirit and Baumanière heritage of the hotel and property. For instance, I was delighted to discover a cookbook dedicated to Jean-André from Oliver Baussan, passionate Provence resident and founder of L’Occitane, in my suite, which was a lovely touch. 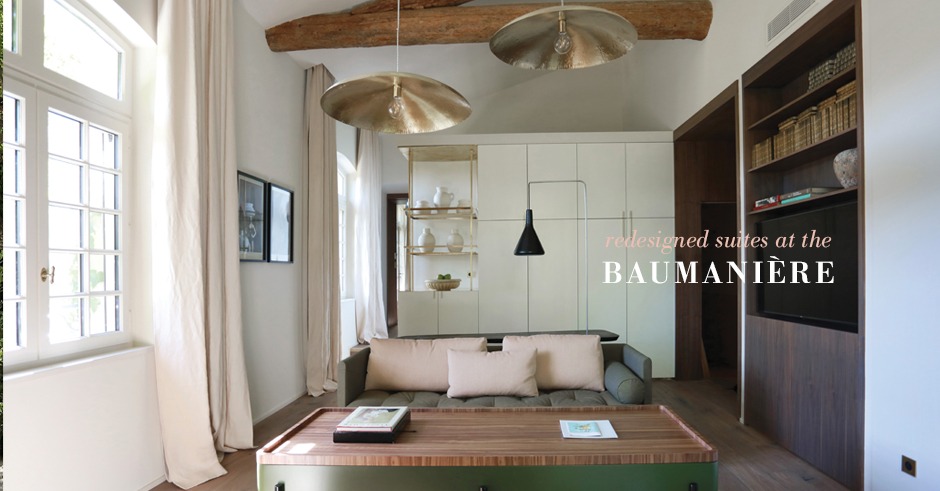 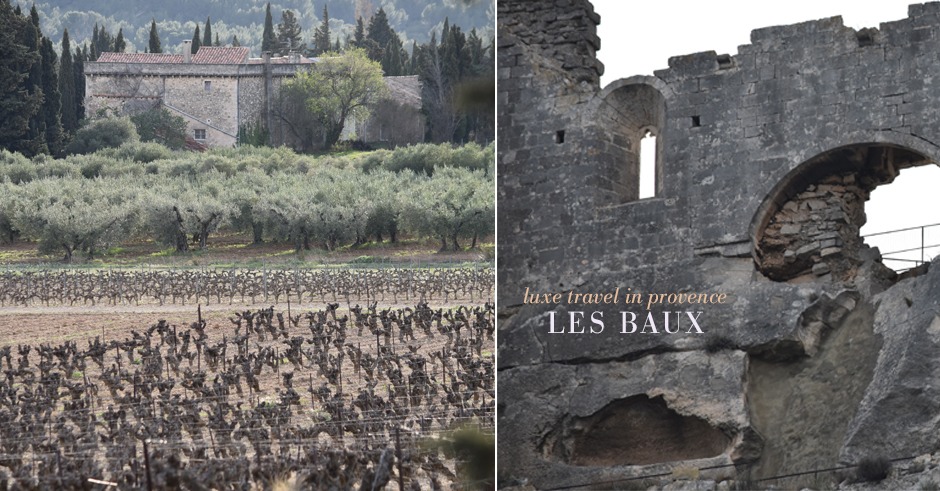 During my stay, I awoke gently to the birds chirping and magnificent, dramatic views of the beautifully landscaped gardens and village of Les Baux…truly heaven, an authentic, secret luxury Provence. It is a pleasure to wander and get lost on the property. There’s also direct access to several trails leading including up directly to the breathtaking village of Les Baux de Provence. And there are many intentional quaint corners, tables and poolside areas to relax in throughout the property to enjoy the dramatic setting… you may not want to leave. 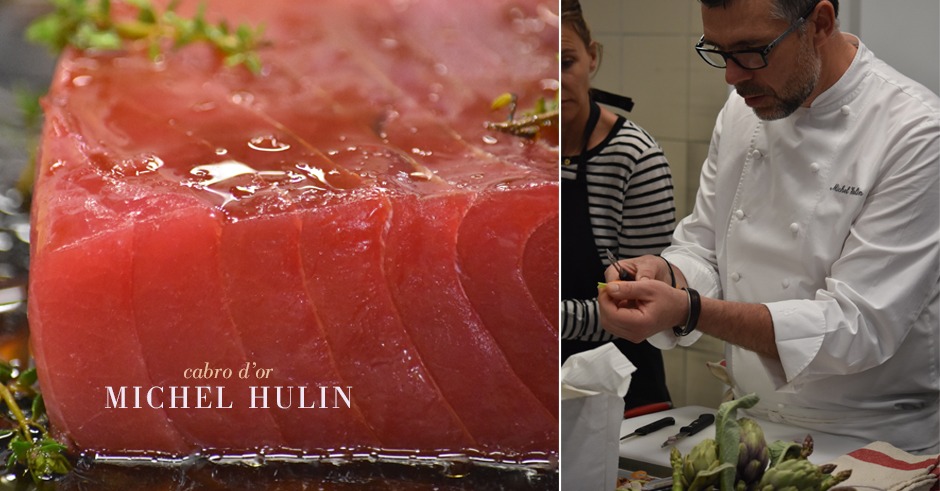 Being a bit of a foodie, I was thrilled to experience a fantastic culinary class taught by Cabro d’Or Chef, Michel Hulin.  Each spring and summer, Jean-André and Michel Hulin, offer private cooking classes in small groups up to 12 people (from 145 euros per person with lunch included) in each of the restaurants. The Cabro d’Or, Michel’s restaurant, draws its inspiration from the property’s organic vegetable garden, market fresh fish and lighter dishes, which I adored. 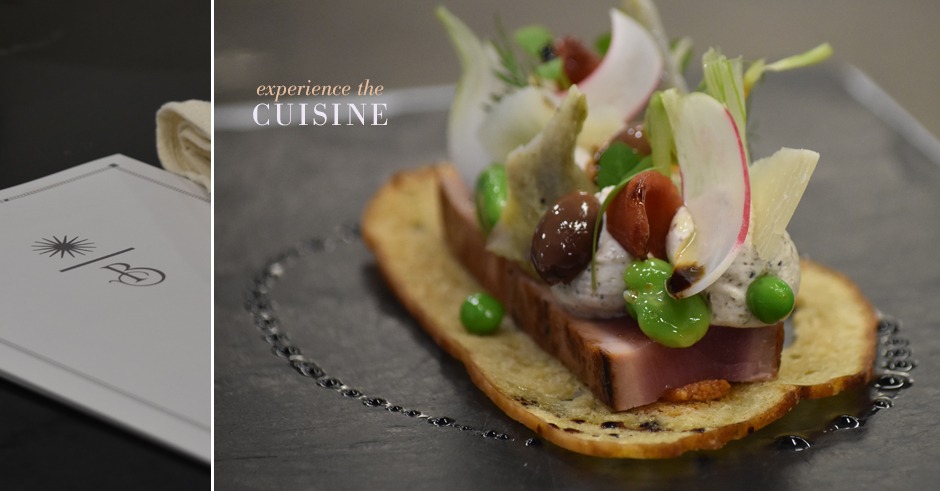 Michel’s passion and precision for perfecting each vegetable and ingredient in our spring lunch was truly impressive to witness. His fish dishes were truly divine and combines special techniques to maintain the integrity and flavor to his vegetables, which can sometimes be lost in traditional, heavier French cuisine. 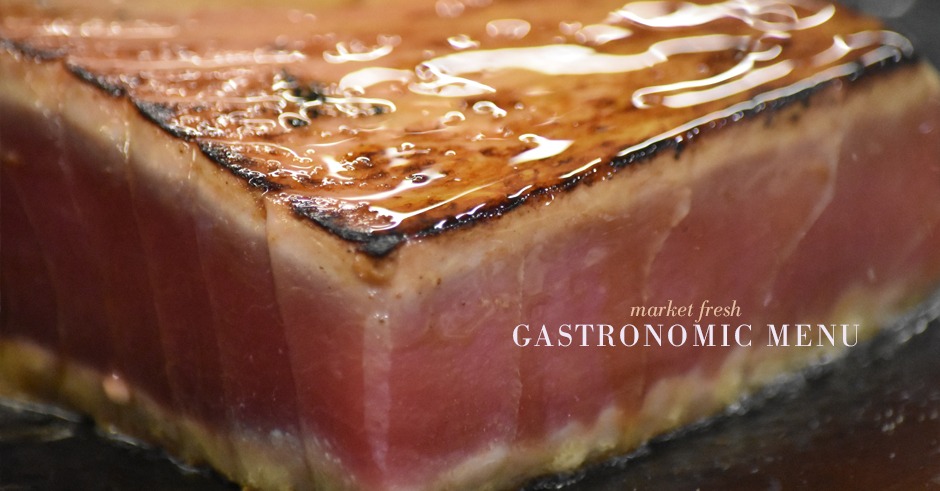 The Cabro d’Or offers a new La Table d’hote relaxed summer lunch experience, featuring a market fresh menu that changes each week (from 33 euros per person) enjoyed in the gardens and fountain of the restaurant.  It’s a great way to get a taste of the property and cuisine on a sunny afternoon, if you’re visiting for the day. You may even get a peek at their adorable baby goats. 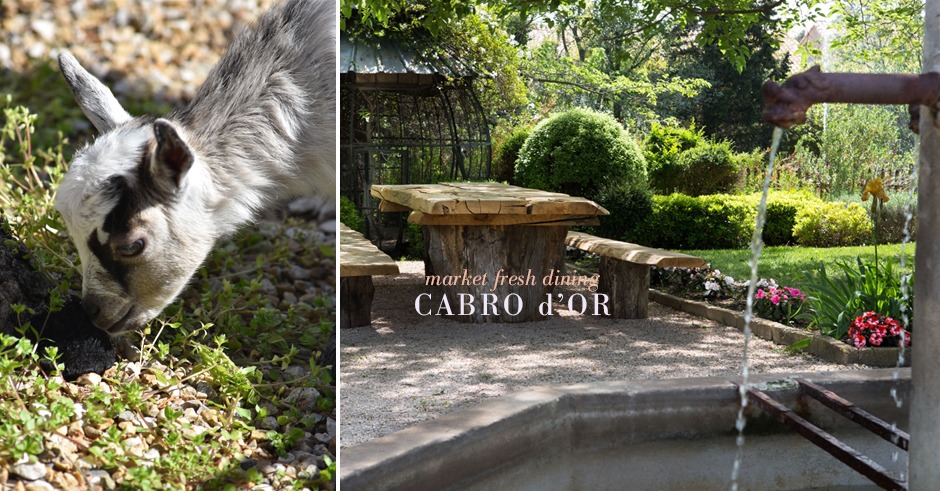 Along with a spring cooking course, the hotel has recently launched a new spa retreat concept with zen thursday and weekend events, which include guided meditation and rejuvenating 3-hour spa packages, complete with an on-site meditation expert and relaxing massage options. 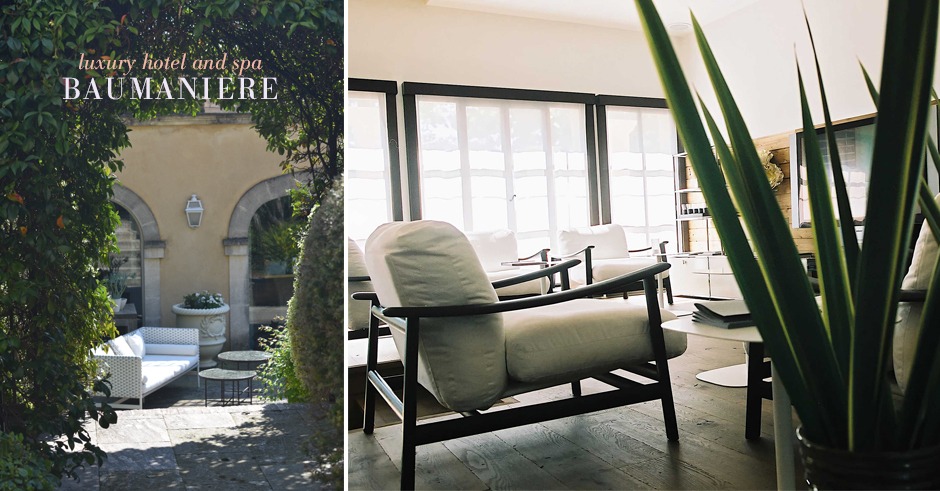 What I find rare, is to experience this sense that you are staying as part of their extended family, rather than at a hotel. They truly care about each painstaking detail of your stay and noticed there’s a special, quaintness and family ambiance within the staff as well. If you’re looking for an authentic, gastronomic luxury retreat in Provence… look no further. 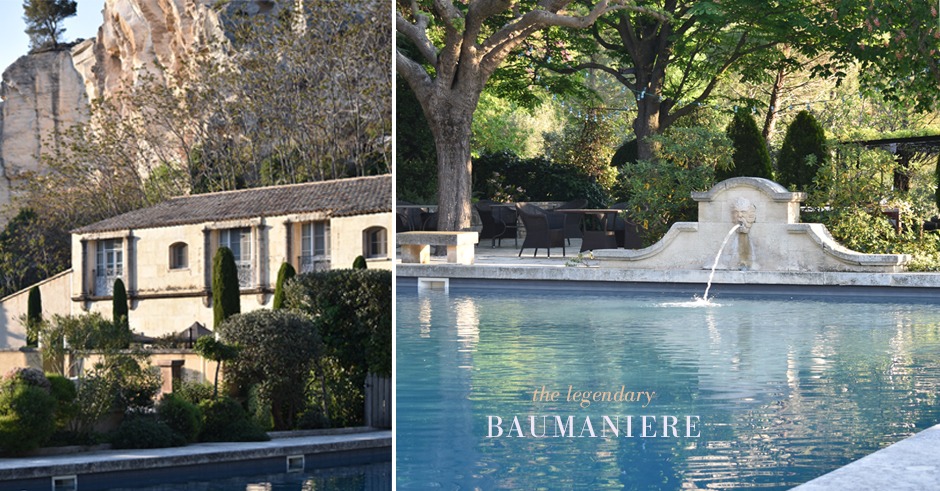 To discover more about the region, check out our 36 Hours of Wine Tasting in Les Alpilles or our Les Alpilles Travel Guide including travel tips for Les Baux de Provence and Saint-Rémy-de-Provence.

Luxe Ladies Day Out in Provence